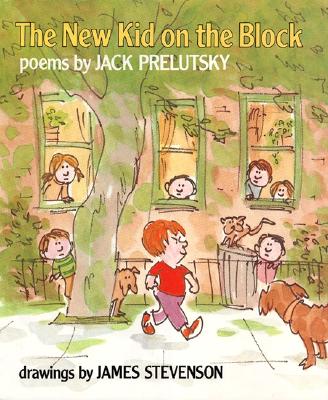 From beloved and bestselling poet Jack Prelutsky come over 100 hilarious poems about strange creatures and people—from jellyfish stew to a bouncing mouse, to the very unexpected new kid! For fans of Shel Silverstein and Louis Sachar's Wayside School series. “The illustrations bring the frivolity to a fever pitch.”—School Library Journal.

Open this book to any page to begin your exploration. Here are poems about things that you may never have thought about before. You'll be introduced to jellyfish stew, a bouncing mouse, a ridiculous dog, and a boneless chicken.

You'll learn why you shouldn't argue with a shark, eat a dinosaur, or have an alligator for a pet. You'll meet the world's worst singer and the greatest video game player in history. You'll even find an invitation to a dragon's birthday party....

This playful collection is a wonderful introduction to the pleasures of poetry and word play from a master of the genre, Jack Prelutsky.

“It’s the author’s joyous sense of the absurd that propels the reader from page to page.”—Horn Book (starred review)


Praise For The New Kid on the Block…