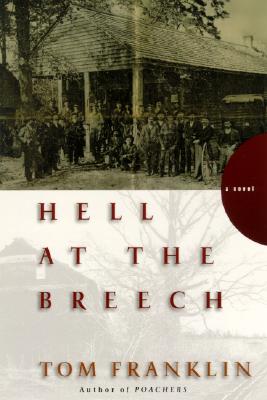 Hell at the Breech

In 1897, in the rural southwestern area of Alabama known as Mitcham Beat, an aspiring politician is mysteriously murdered. Seeking retribution, his outraged friends -- mostly poor cotton farmers -- form a secret society, Hell-at-the-Breech, to punish the townspeople they believe are responsible. The hooded members of this gang wage a bloody year-long campaign of terror that culminates in a massacre, where the innocent suffer alongside the guilty.

Caught in the maelstrom of the Mitcham War are four people: the county's aging sheriff, sympathetic to both sides; the widowed midwife who delivered nearly every member of Hell-at-the-Breech; a ruthless detective who wages his own private war against the gang; and a young store clerk harboring a terrible secret.

Based on incidents that occurred a few miles from the author's childhood home, Hell at the Breech chronicles the dark events of dark days, events that lead the people involved to discover their capacity for good, for evil, or for both. It is a mesmerizing and unforgettable display of talent by a writer of immeasurable gifts.