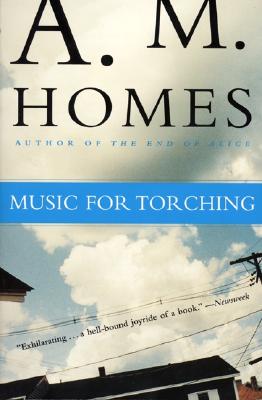 As A.M. Homes's incendiary novel unfolds, the Kodacolor hues of the good life become nearly hallucinogenic.Laying bare th foundations of a marriage, flash frozen in the anxious entropy of a suburban subdivision, Paul and Elaine spin the quit terors of family life into a fantastical frenzy that careens out of control. From a strange and hilarious encounter with a Stepford Wife neighbor to an ill-conceived plan for a tattoo, to a sexy cop who shows up at all the wrong moments, to a housecleaning team in space suits, a mistress calling on a cell phone, and a hostage situationat a school, A.M. Homes creates characters so outrageously flawed and deeply human that thery are entriely believable.

A.M. Homes is the author of the novels The End of Alice, In a Country of Mothers, and Jack, as well as the short-story collection The Safety of Objects and the artist's book Appendix A. Her fiction has been translated into eight languages, and she is the recipient of numerous awards, including a Guggenheim Fellowship and a National endowment for the Arts Fellowship. Her fiction and nonfiction appear in magazines such as The New Yorker and Artforum, among others, and she is a contributing editor at Vanity Fair, Mirabella, Bomb, Blind Spot, and Story. She teaches in the writing programs at Columbia University and The New School and lives in New York City.
Loading...
or support indie stores by buying on