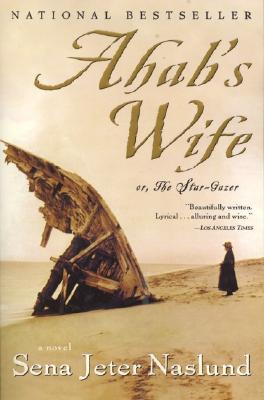 Or, the Star-Gazer: A Novel

From the opening line--"Captain Ahab was neither my first husband nor my last"--you will know that you are in the hands of a masterful storyteller and in the company of a fascinating woman hero. Inspired by a brief passage in Melville's Moby-Dick, where Captain Ahab speaks passionately of his young wife on Nantucket, Una Spenser's moving tale "is very much Naslund's own and can be enjoyed independently of its source." (Newsday)

The daughter of a tyrannical father, Una leaves the violent Kentucky frontier for the peace of a New England lighthouse island, where she simultaneously falls in love with two young men. Disguised as a boy, she earns a berth on a whaling ship where she encounters the power of nature, death, and madness, and gets her first glimpse of Captain Ahab. As Naslund portrays Una's love for the tragically driven Ahab, she magnificently renders a real, living marriage and offers a new perspective on the American experience. Immediately immersed in this world, the reader experiences a brilliantly written, vibrant, uplifting novel--a bright book of life.

Ahab's Wife is being reprinted in Australia and England, translated into German, Hebrew, Spanish and Portuguese.