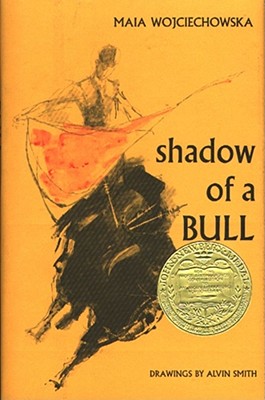 Shadow of a Bull


Praise For Shadow of a Bull…

"This book is a must....Anyone who starts Shadow of a Bull will finish it in a single sitting."

"It is hard to imagine a child...who would not be enthralled by this book."

Maia Wojciechowska's family fled Poland during World War II and emigrated to the United States after the war. She worked as an undercover detective, a motorcycle racer, a translator for Radio Free Europe, and a bullfighter before turning to writing. She was a friend of Ernest Hemingway, who said she knew more about bullfighting than any other woman.
Loading...
or support indie stores by buying on