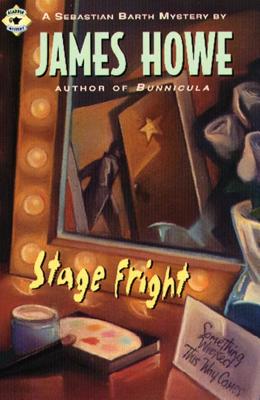 First there were mysterious messages.
Someone who knows a lot about movie star Michaele Caraway's past is sending her unsigned notes. At first they appear to be innocent fan letters, but then they turn threatening.
Next the accidents started happening.
To someone as superstitious as Michaele, it seems as if her new play is jinxed. But Sebastian Barth knows the backstage mishaps aren't accidents at all.
Who's out to get the movie star?
Sebastian has to find the answer, or opening night may mean the final curtain for the star.