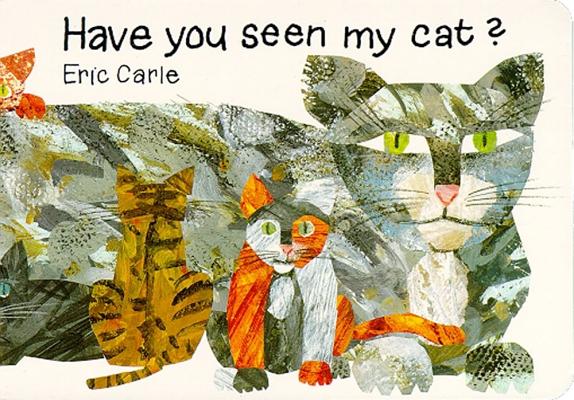 Have You Seen My Cat? (The World of Eric Carle)

In this charming board book adaptation of Eric Carle’s popular story, Have You Seen My Cat?, little boy worries about his missing cat and travels to different places in search of his pet. The sturdy pages of this board book slide out to reveal the numerous feline counterparts--including lions, leopards, and tigers--the boy encounters along the way. It isn’t until the last page that he finds his missing pet—and receives a wonderful surprise!