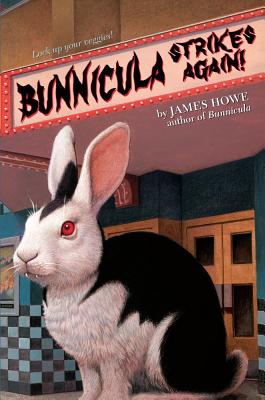 "Let's just say the matter is under control," Chester slyly tells his pals Harold and Howie. But what on earth does he mean?
It seems that Bunnicula, the vampire rabbit, is back to his old ways -- or so Chester thinks, having found pale vegetables drained of their juices scattered about the Monroe family kitchen. And now, once and for all, Chester is determined to save the world from this threat.
But why has Bunnicula -- so frisky just a short time ago -- been so listless and tired of late? Is this part of Chester's scheme? Can Harold let Chester get away with hurting an innocent bunny, no matter what his harebrained suspicions are?
It is not long before the Monroes notice Bunnicula's condition and rush him to the vet, and then the chase is on, ending up with a dramatic confrontation in a most unusual (and dangerous!) location.