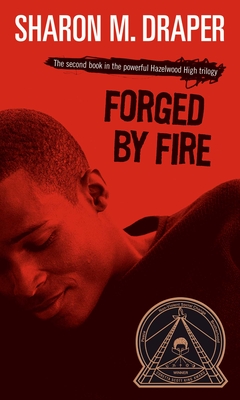 When Gerald was a child he was fascinated by fire. But fire is dangerous and powerful, and tragedy strikes. His substance-addicted mother is taken from him. Then he loses the loving generosity of a favorite aunt, and a brutal stepfather with a flaming temper and an evil secret makes his life miserable. The one bright light in Gerald's life is his little half sister, Angel, whom he struggles to protect from her father, who is abusing her.

Somehow Gerald manages to finds success as a member of the Hazelwood Tigers basketball team, and Angel develops her talents as a dancer, despite the trouble that still haunts them. And Gerald learns, painfully, that young friends can die and old enemies must be faced. In the end he must stand up to his stepfather alone in a blazing confrontation.

In this second book of the Hazelwood High trilogy, Sharon M. Draper has woven characters and events from Tears of a Tiger in an unflinchingly realistic portrayal of poverty and child abuse. It is an inspiring story of a young man who rises above the tragic circumstances of his life by drawing on the love and strength of family and friends.