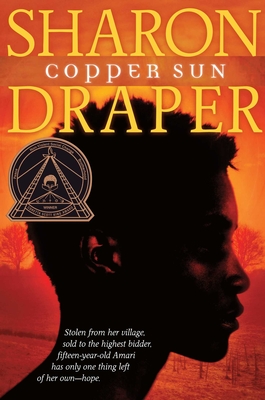 When pale strangers enter fifteen-year-old Amari's village, her entire tribe welcomes them; for in her remote part of Africa, visitors are always a cause for celebration. But these strangers are not here to celebrate. They are here to capture the strongest, healthiest villagers and to murder the rest. They are slave traders. And in the time it takes a gun to fire, Amari's life as she's known it is destroyed, along with her family and village.

Beaten, branded, and dragged onto a slave ship, Amari is forced to witness horrors worse than any nightmare and endure humiliations she had never thought possible -- including being sold to a plantation owner in the Carolinas who gives her to his sixteen-year-old son, Clay, as his birthday present.

Now, survival and escape are all Amari dreams about. As she struggles to hold on to her memories in the face of backbreaking plantation work and daily degradation at the hands of Clay, she finds friendship in unexpected places. Polly, an outspoken indentured white girl, proves not to be as hateful as she'd first seemed upon Amari's arrival, and the plantation owner's wife, despite her trappings of luxury and demons of her own, is kind to Amari. But these small comforts can't relieve Amari's feelings of hopelessness and despair, and when an opportunity to escape presents itself, Amari and Polly decide to work together to find the thing they both want most...freedom.

Grand and sweeping in scope, detailed and penetrating in its look at the complicated interrelationships of those who live together on a plantation, Copper Sun is an unflinching and unforgettable look at the African slave trade and slavery in America.