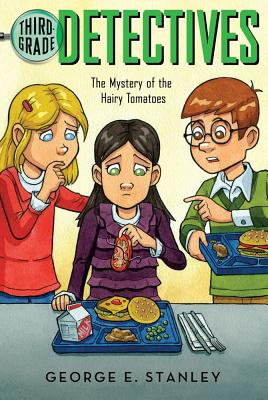 The Mystery of the Hairy Tomatoes (Third-Grade Detectives #3)

Hair, Hair, Everywhere
Someone's been digging up Mrs. Ruston's tomatoes. She thinks it's Noelle's dog, Rover, and unless Noelle can find the real thief, Rover's in big trouble.
It's the hairiest case yet for Mr. Merlin's Third-Grade Detectives. Hair in Mrs. Ruston's tomato patch, hair in Amber Lee's hamburger -- can Noelle and Todd comb through the evidence and solve the mystery?