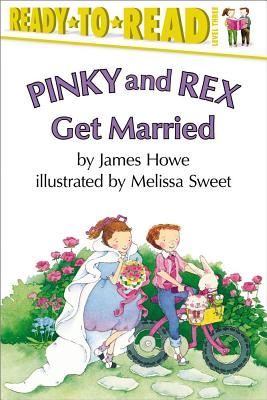 From the earliest stages of sounding our words to the excitement of reading a whole book without help, Ready-to-Read books open up a world of possibilities to children at three different levels:
Level 1: Starting to read
Level 2: Reading together
Level 3: Reading alone
Nothing is much fun without your best friend, as Pinky discovers one day when he wants to play and Rex isn't home. It turns out Rex has been at a wedding, and that gives Pinky and idea. If he and Rex get married, they'll never be apart again!