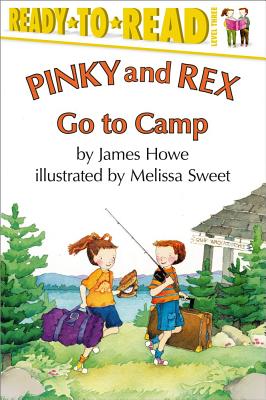 The Pinky and Rex series continues to deliver on first experiences for early readers!

Pinky and Rex are going to camp for the first time. Rex keeps telling Pinky how much fun they're going to have, but Pinky just wants to stay home where he belongs. Can the "Dear Arnie" column in the newspaper help Pinky figure out what to do?

Arnie give Pinky some good advice, and so does Pinky's mother. But it's his best friend Rex who tells Pinky what he really needs to know.