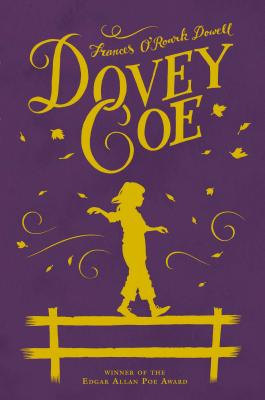 My name is Dovey Coe and I reckon it don't matter if you like me or not. I'm here to lay the record straight, to let you know them folks saying I done a terrible thing are liars. I aim to prove it, too. I hated Parnell Caraway as much as the next person, but I didn't kill him.
There have been Coes living in the mountains of Indian Creek, North Carolina, going on forever, and everyone in town is amazed that twelve-year-old Dovey might up and do such a terrible thing. Even if the girl does have a tendency to shoot her mouth off, she's had good reason since she's always had to stick up for her brother, Amos, who may be older and bigger, but folks treat like he's slow on account of his being deaf.
Her sister, Caroline, might shake her head over Dovey's high spirits, but if Caroline hadn't been letting the likes of Parnell Caraway hang around her all summer, Dovey wouldn't be in this mess. Dovey's not one to sit back when troubles are brewing, but now with this murder charge, for once she might just have to keep quiet and let the slick city lawyer take care of things...or will she?
Frances O'Roark Dowell has created an irresistible heroine the likes of whom have not been seen since the legendary Scout first appeared in Harper Lee's classic To Kill a Mockingbird.