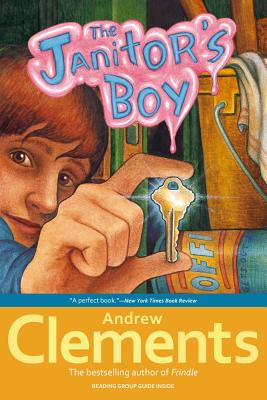 IT WAS THE PERFECT CRIME
Unfortunately, it also led to the perfect punishment. When Jack Rankin gets busted for defacing a school desk with a huge wad of disgusting, watermelon bubble gum, the principal sentences him to three weeks of after-school gum cleanup for the chief custodian. The problem is, Jack's anger at the chief custodian was the reason for his gum project in the first place. The chief custodian happens to be Jack's dad.
But doing time in the school basement after hours reveals some pretty surprising things: about the school, about Jack's father, and about Jack himself.