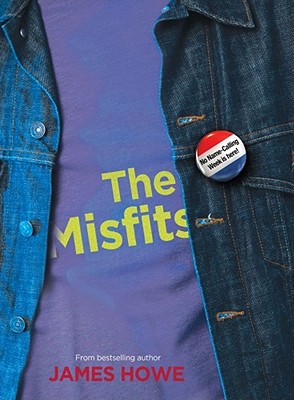 Kids who get called the worst names oftentimes find each other. That's how it was with us. Skeezie Tookis and Addie Carle and Joe Bunch and me. We call ourselves the Gang of Five, but there are only four of us. We do it to keep people on their toes. Make 'em wonder. Or maybe we do it because we figure that there's one more kid out there who's going to need a gang to be a part of. A misfit, like us.
Skeezie, Addie, Joe, and Bobby -- they've been friends forever. They laugh together, have lunch together, and get together once a week at the Candy Kitchen to eat ice cream and talk about important issues. Life isn't always fair, but at least they have each other -- and all they really want to do is survive the seventh grade.
That turns out to be more of a challenge than any of them had anticipated. Starting with Addie's refusal to say the Pledge of Allegiance and her insistence on creating a new political party to run for student council, the Gang of Five is in for the ride of their lives. Along the way they will learn about politics and popularity, love and loss, and what it means to be a misfit. After years of getting by, they are given the chance to stand up and be seen -- not as the one-word jokes their classmates have tried to reduce them to, but as the full, complicated human beings they are just beginning to discover they truly are.

Praise For The Misfits…

“A knockout, one of the best of the year.”—San Francisco Chronicle