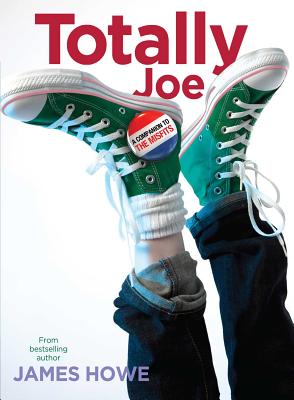 Meet Joe Bunch. Lovable misfit and celebrity wannabe from Paintbrush Falls, New York. Like his longtime best friends Addie, Skeezie, and Bobby, Joe's been called names all his life. So when he's given the assignment to write his alphabiography -- the story of his life from A to Z -- Joe has his doubts. This whole thing could be serious ammunition for bullying if it falls into the wrong hands.
But Joe discovers there's more to the assignment -- and his life -- than meets the eye. Especially when he gets to the letter C, which stands for Colin Briggs, the coolest guy in the seventh grade (seriously) -- and Joe's secret boyfriend.
By the time Joe gets to the letter Z, he's pretty much bared his soul about everything. And Joe's okay with that because he likes who he is. He's Totally Joe, and that's the best thing for him to be.
Here is an exuberant, funny, totally original story of one boy's coming out -- and coming-of-age.

Praise For Totally Joe (The Misfits)…

* “The welcome return of the Gang of Five (though there are really only four) introduced in The Misfits…. This narrator is anything but an average Joe: he’s candid, memorable and—though he might find this hard to believe—totally charismatic.”—Publishers Weekly, *STAR

"Joe's voice is both real and funny, ensuring accessibility to a wide range of students, male or female, gay or straight."