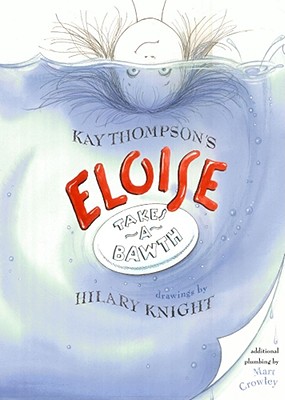 ELOISE
has
been
celebrated
at
the
PLAZA,
in
PARIS,
at
CHRISTMASTIME,
in
MOSCOW.
Now ELOISE
takes
a
plunge
in
the
BAWTH.