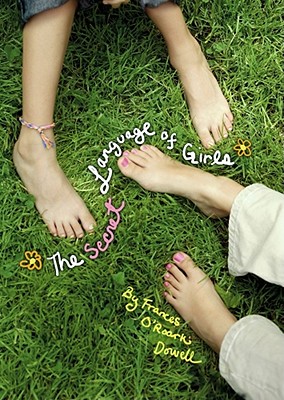 In the old days, when Kate had no interest in romance, she never cared what other people thought. Now, it appeared, love was turning her into a rotten human being.
Eleven-year-old Kate Faber wishes she could talk to her best friend Marylin about this. But Marylin is no longer her best friend. Or is she? Kate and Marylin had always been the kind of best friends who lived on the same block for their entire lives and who could agree on the kind of boys worth kissing (only movie stars) or who should be invited to their sleepover (definitely not Mazie Calloway or Elinor Pritchard). The kind of best friends who didn't need words to talk, but who always just knew.
But lately Marylin has started to think that Kate can be a bit babyish. And Kate thinks that Marylin is acting like a big snob. And a lot of the time, well, it feels as though they just don't know each other anymore. Somehow nothing is the same, but secretly Kate and Marylin both wish that it could be....
Edgar Award-winning author Frances O'Roark Dowell explores how far the bonds of true friendship can be stretched as Kate and Marylin struggle to navigate the inexplicable terrain of sixth grade.

Frances O’Roark Dowell is the bestselling and critically acclaimed author of Dovey Coe, which won the Edgar Award and the William Allen White Award; Where I’d Like to Be; The Secret Language of Girls and its sequels The Kind of Friends We Used to Be and The Sound of Your Voice, Only Really Far Away; Chicken Boy; Shooting the Moon, which was awarded the Christopher Award; the Phineas L. MacGuire series; Falling In; The Second Life of Abigail Walker, which received three starred reviews; Anybody Shining; Ten Miles Past Normal; Trouble the Water; the Sam the Man series; The Class; and most recently, How to Build a Story. She lives with her family in Durham, North Carolina. Connect with Frances online at FrancesDowell.com.
or support indie stores by buying on
(This book is on backorder)
Copyright © 2020 American Booksellers Association