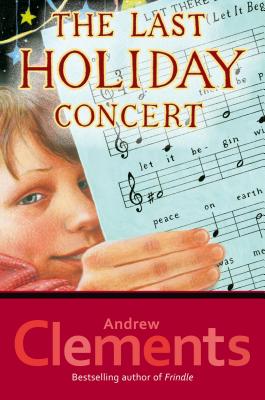 Winterhope.
It didn't sound like much, but it was a big idea. A very big idea.
It all started when Hart Evans zinged a rubber band that hit Mr. Meinert, the chorus director. Actually, it started before that, when Mr. Meinert learned he was out of a job because the town budget couldn't afford music and art teachers. Mr. Meinert got so mad at Hart that he told the sixth graders he'd had it -- they could produce the big holiday concert on their own. Or not. It was all up to them.
What happens when a teacher steps aside and lets the kids run the show? Not what Mr. Meinert would have predicted. And not what Hart Evans would have guessed, not at all.
Out of chaos, infighting, compromise, idealism, and finally, a fragile peace, the sixth grade choral concert was born. And they called it Winterhope.
But would it be the last holiday concert of them all?