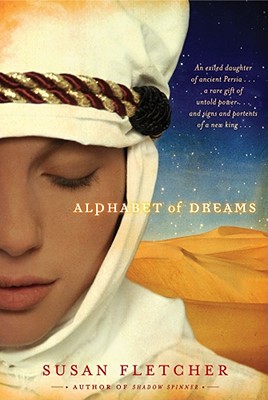 Mitra and her little brother, Babak, are beggars in the city of Rhagae, scratching out a living as best as they can with what they can beg for--or steal. But Mitra burns with hope and ambition, for she and Babak are not what they seem. They are of royal blood, but their father's ill-fated plot against the evil tyrant, King Phraates, has resulted in their father's death and their exile. Now disguised as a boy, Mitra has never given up believing they can rejoin what is left of their family and regain their rightful standing in the world.

Then they discover that Babak has a strange gift: If he sleeps with an item belonging to someone, he can know that person's dreams. Mitra believes that they can use this gift to find passage back to the city of Palmyra and their remaining kinsmen. But soon Babak and his abilities come to the attention of a powerful Magus -- one who has read portents in the stars of the coming of a new king and the dawn of a new age. Soon Mitra and Babak find themselves on the road to Bethlehem...

The acclaimed author of Shadow Spinner returns to ancient Persia in this spellbinding saga -- a tale filled with the color of the caravansaries and the heat of the desert, a tale that reimagines the wonder and spirit of a lost age.

Susan Fletcher is the acclaimed author of Journey of the Pale Bear; as well as the Dragon Chronicles, composed of Dragon’s Milk, Flight of the Dragon Kyn, Sign of the Dove, and Ancient, Strange, and Lovely; and the award-winning Alphabet of Dreams, Shadow Spinner, Walk Across the Sea, and Falcon in the Glass. Ms. Fletcher lives in Bryan, Texas. Visit her at Susan Fletcher.com.
Loading...
or
Not Currently Available for Direct Purchase