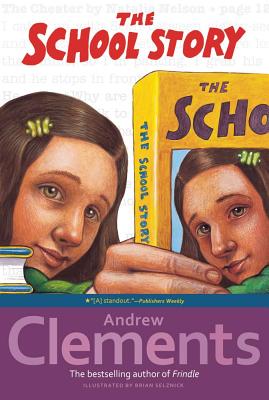 Two middle school girls scheme to publish a book in this novel from Andrew Clements, the author of Frindle.

Natalie's best friend, Zoe, is sure that the novel Natalie's written is good enough to be published. But how can a twelve-year-old girl publish a book? Natalie's mother is an editor for a big children's publisher, but Natalie doesn't want to ask for any favors.

Then Zoe has a brilliant idea: Natalie can submit her manuscript under a pen name, with Zoe acting as her literary agent. But it's not easy for two sixth graders to put themselves over as grown-ups, even with some help from a couple of real grown-ups who are supportive but skeptical. The next bestselling school story may be in their hands—but can Natalie and Zoe pull off their masquerade?