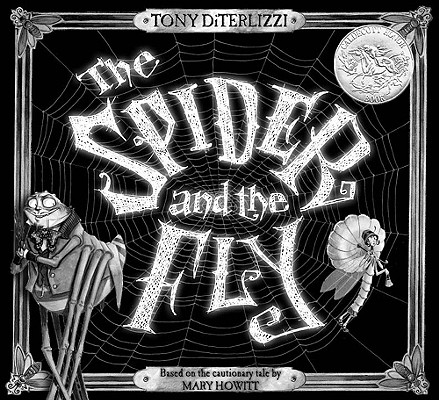 Spider and the Fly

"'Will you walk into my parlor,'
said the Spider to the Fly..."
is easily one of the most recognized and quoted first lines in all of English verse. But do you have any idea how the age-old tale of the Spider and the Fly ends? Join celebrated artist Tony DiTerlizzi as he -- drawing inspiration from one of his loves, the classic Hollywood horror movies of the 1920s and 1930s -- shines a cinematic spotlight on Mary Howitt's warning, written to her own children about those who use sweet words to hide their not-so-sweet intentions.

Praise For Spider and the Fly…