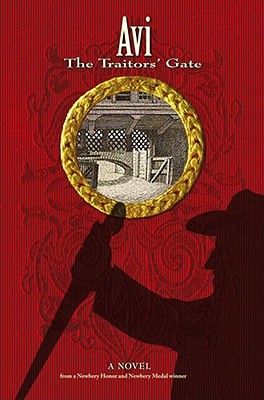 John Huffam is sure the tall man's beard is false. He's sure of little else in November 1849, the year he is fourteen, the year his father is sentenced to London's Whitecross Street Prison.

Maybe the man following John -- who claims to be one Inspector Copperfield -- can explain why. Surely, Pa isn't prepared to reveal the truth, any more than the jovial bailiff, Mr. Tuckum, who knows something, but remains mum. Or the little Frenchman, Mr. Farquatt, who courts John's sister but seems most keen on Pa's work at the Naval Ordinance Office. Or Mr. O'Doul, the Irishman who insists Pa owes him the unimaginable sum of three hundred pounds.

Or what of the one-legged, single-mindedly fierce Sergeant Muldspoon, John's teacher? What about the boy's great-great-aunt, Lady Euphemia Huffam, who could pay the debt but won't for reasons of her own? What about the secretive Mr. Snugsbe of All Hallows Church, who hides himself away in the City's most voluminous coat?

Then there's Chief Inspector Ratchet of Scotland Yard, who is after somebody for some crime or other. True, John has a new friend and ally in Sary the Sneak...but what has even she got up her sleeve?

What John learns on his own is that there's a traitor on the loose, somewhere. And he must uncover the villain -- no matter who it might be.

Avi is the author of more than seventy books for children and young adults, including the 2003 Newbery medal winner Crispin: The Cross of Lead. He has won two Newbery Honors and many other awards for his fiction. He lives with his family in Denver, Colorado. Visit him at Avi-Writer.com.

Karina Raude lives in New Hope, Pennsylvania. The Traitors' Gate
is the first book she has illustrated.
Loading...
or
Not Currently Available for Direct Purchase