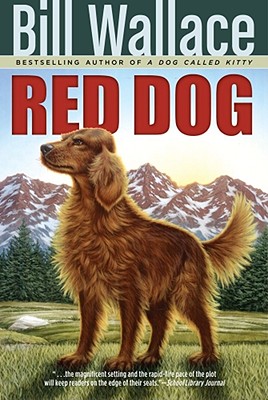 TERROR IN THE MOUNTAINS
In the rugged Wyoming territory, the red pup is Adam's best friend.
Adam and his family live in a lonely cabin in the mountains, facing the dangers of the wilderness alone. One day, Adam¹s stepfather announces that he must leave for a weeklong trip to Cheyenne. Adam is put in charge of the family. Everything goes smoothly until three cutthroat gold prospectors come crashing into the cabin and hold the family at gunpoint.
Late that night, Adam manages to escape. Unfortunately, the men let the red pup loose, and the one thing that dog does best is track Adam...Will the pup lead the men to Adam? And if he does, can Adam still save his family?