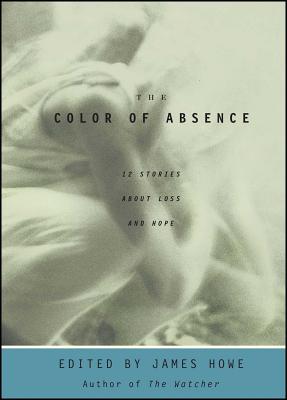 The Color of Absence

12 Stories About Loss and Hope

"In adolescence we feel our losses as if for the first time, with a greater depth of pain and drama than we are aware of having experienced ever before," says James Howe in his introduction to this stunning collection of short stories in which some of today's most celebrated authors of fiction for young adults explore the many faces of loss - the common thread they share and the hope that is born through change.

James Howe is the author of more than ninety books for young readers. Bunnicula, coauthored by his late wife Deborah and published in 1979, is considered a modern classic of children’s literature. The author has written six highly popular sequels, along with the spinoff series Tales from the House of Bunnicula and Bunnicula and Friends. Among his other books are picture books such as Horace and Morris but Mostly Dolores and beginning reader series that include the Pinky and Rex and Houndsley and Catina books. He has also written for older readers. The Misfits, published in 2001, inspired the nationwide antibullying initiative No Name-Calling Week, as well as three sequels, Totally Joe, Addie on the Inside, and Also Known as Elvis. A common theme in James Howe’s books from preschool through teens is the acceptance of difference and being true to oneself. Visit him online at JamesHowe.com.
Loading...
or
Not Currently Available for Direct Purchase