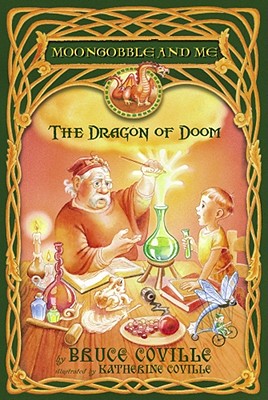 The Dragon of Doom (Moongobble and Me)

Edward is bored with life in the little town of Pigbone.
Then Moongobble the Magician and his faithful toad, Urk, move into the cottage on the hill.
Soon Edward has a job helping Moongobble. And Moongobble needs a lot of help, because it turns out he is not a very good magician. (His spells keep turning things into cheese!)
Edward has never been so busy -- or so happy. But then someone threatens to stop Moongobble from ever casting another spell. Edward can't let that happen. He'll do anything to save his friend's magic -- even face the deadly, dreaded Dragon of Doom!

Praise For The Dragon of Doom (Moongobble and Me)…

"The story is fast paced, and cliff-hanger endings will keep youngsters turning the pages....Purchase this title for those fans of Harry Potter who need something easier, shorter, and less complicated to read on their own."
-- School Library Journal