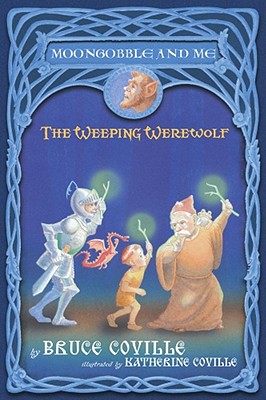 The Weeping Werewolf (Moongobble and Me)

In The Dragon of Doom, Moongobble successfully completed his first mighty task -- collecting the Golden Acorns of Alcoona. So now it's time for him to complete the second one. he must bring back a bottle containing the tears of the Weeping Werewolf! But werewolves are scary, dangerous creatures. How can Moongobble, a magician with a good heart but who's not much good at magic, collect the tears without being torn to shreds?
Luckily, Edward, Fireball the dragon, and Urk, Moongobble's faithful toad, are all there to help him. Together they go in search of the Weeping Werewolf, and end up with much more that they bargained for!