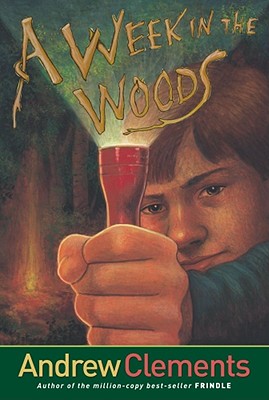 A Week in the Woods

Collision course
The fifth-grade Week in the Woods is a beloved tradition of Hardy Elementary, where Mark Chelmsley (the Fourth) is pretty much killing time before his parents send him off to an exclusive prep school. But then Mark realizes the Week might be a chance to prove to Mr. Maxwell that he's not just another of the slacker rich kids the teacher can't stand.
But it may be too late for Mark to change Mr. Maxwell's opinion of him. On the first day of the Week, the tension between teacher and student explodes, and in a reckless moment, Mark puts not only himself, but also Mr. Maxwell, in grave danger. Can two such strong adversaries work together to save their lives?

Praise For A Week in the Woods…

School Library Journal This one will be a popular choice, particularly with fans of Gary Paulsen and Jean Craighead George.