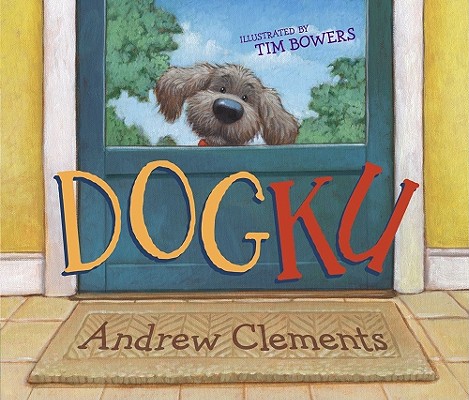 A tale in haiku
of one adorable dog.
Let’s find him a home.

Wandering through the neighborhood in the early-morning hours, a stray pooch follows his nose to a back-porch door. After a bath and some table scraps from Mom, the dog meets three lovable kids. It’s all wags and wiggles until Dad has to decide if this stray pup can become the new family pet. Has Mooch finally found a home? Told entirely in haiku by master storyteller Andrew Clements, this delightful book is a clever fusion of poetry and puppy dog.

Tim Bowers began his illustrating career working as an artist for Hallmark Cards. In 1986 he illustrated his first picture book, The Toy Circus by Jan Wahl. Since then, he has illustrated more than twenty books for children. Mr. Bowers lives with his family in Granville, Ohio.
Loading...
or support indie stores by buying on