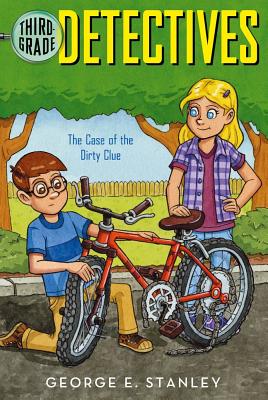 The Case of the Dirty Clue (Third-Grade Detectives #7)

IT'S A DIRTY SHAME!

Misty's younger brother left her brand-new bike in the middle of the street, and a speeding car ran over it. Not only is the bike totally mangled, it's covered with ugly red dirt.

Misty wants to find the driver, but she doesn't have much information to go on -- all she noticed was that the car was white. The Third-Grade Detectives agree to help, but there are an awful lot of white cars around town. Can the detectives clean up the case?

Salvatore Murdocca has illustrated more than 200 children’s trade and textbooks. He is also a librettist for children’s opera, a video artist, an avid runner, hiker, bicyclist, and a teacher of children’s illustration at the Parsons School of Design. Sal lives and works in New York with his wife, Nancy.
Loading...
or
Not Currently Available for Direct Purchase