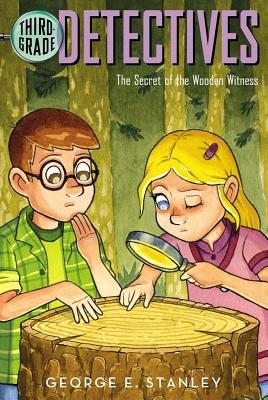 The Secret of the Wooden Witness (Third-Grade Detectives #8)

Someone knocked out Todd and Noelle's friend Pops Verner, the night watchman at the department store, and stole his treasured pocket watch. He's pretty sure the robber is one of three men who work in the storeroom. But how can he figure out which one, when the only clue is a carved wooden figure the thief left behind?

It's a new case for Mr. Merlin's Third-Grade Detectives. But can the Detectives solve the mystery when Mr. Merlin himself is missing?

Salvatore Murdocca has illustrated more than 200 children’s trade and textbooks. He is also a librettist for children’s opera, a video artist, an avid runner, hiker, bicyclist, and a teacher of children’s illustration at the Parsons School of Design. Sal lives and works in New York with his wife, Nancy.
Loading...
or
Not Currently Available for Direct Purchase