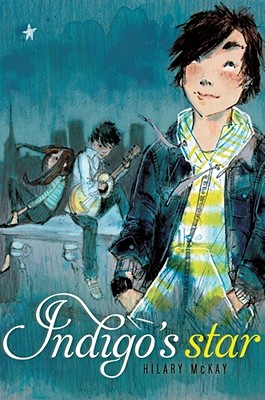 It's back to school for the start of a new term, and the eccentric Cassons are up to their old tricks!

Indigo, having just recovered from a bout of mononucleosis, must return to school after missing an entire semester. Only his younger sister and loyal sidekick, Rose, knows why he's dreading it so much. As it turns out, the school bullies are eagerly awaiting Indigo's return so that they can pick up where they left off -- flushing his head in the toilet. But Indigo hasn't counted on meeting Tom, an American student who is staying with his grandmother in England for the year. With his couldn't-care-less attitude and rock-and-roll lifestyle, Tom becomes Indigo's ally, and together they work to take back the school.
Meanwhile, eight-year-old Rose is desperately trying to avoid wearing horrible glasses, nineteen-year-old Caddy is agonizing over her many suitors, Saffy is working overtime with her best friend, Sarah, to protect Indigo from the gang, and with their father, Bill, in London at his art studio, their mother, Eve, is just trying to stay on top of it all!
In this hilarious, heartwarming companion to her award-winning Saffy's Angel, Hilary McKay shows us a new side of the Cassons and reminds us that nothing is stronger than the bonds of family.