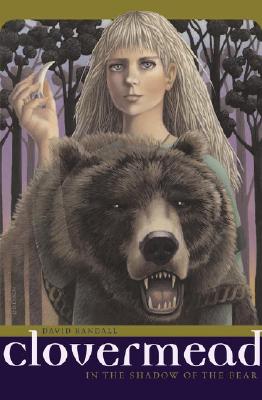 In the Shadow of the Bear

Twelve-year-old Clovermead Wickward's head is filled with stories of adventure. She dreams about the thrill of a sword fight, the excitement of heroic quests, and the clash of mighty armies. The last thing Clovermead expects is for those dreams to come true. But it seems that her beloved father, Waxmelt, is not who she has believed him to be. Waxmelt has always told Clovermead that after her mother died in childbirth, he moved them far away to escape her memory. Now, as Clovermead becomes aware of strange new powers within her, she realizes that her father is harboring secrets that threaten to tear their small family apart.

At the same time, the good nuns of Lady Moon are waging an epic battle against the onslaught of the evil bear-priests of Lord Ursus, whose powers are fed by blood and carnage. Clovermead and Waxmelt suddenly find themselves thrust into the middle of a war between the city of Low Branding, which has allied itself with Lord Ursus, and the city of Chandlefort, long a champion of Lady Moon.

Clovermead comes to understand that the clash between good and evil is raging not only on the battlefield but also within herself. The fate of the land -- and the fate of her family -- hang in the balance, and Clovermead must determine which force is strongest within her. Will she succumb to the temptation of evil, in the shadow of the bear, or will she fight for the salvation of good?

A richly imagined and stunning novel that explores the moral choices we must make as we grow up, "Clovermead" will resonate in the minds and hearts of readers everywhere.