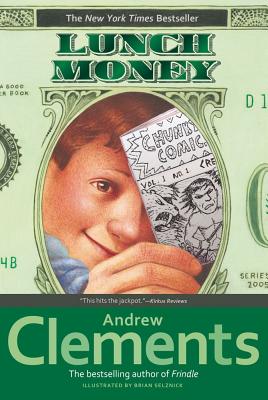 Greg Kenton has two obsessions -- making money and his long-standing competition with his annoying neighbor, Maura Shaw. So when Greg discovers that Maura is cutting into his booming Chunky Comics business with her own original illustrated minibooks, he's ready to declare war.

The problem is, Greg has to admit that Maura's books are good, and soon the longtime enemies become unlikely business partners. But their budding partnership is threatened when the principal bans the sale of their comics in school. Suddenly, the two former rivals find themselves united against an adversary tougher than they ever were to each other. Will their enterprise -- and their friendship -- prevail?

"This hits the jackpot."

"The characters are rich with interesting quirks and motivations...fast-paced and humorous."