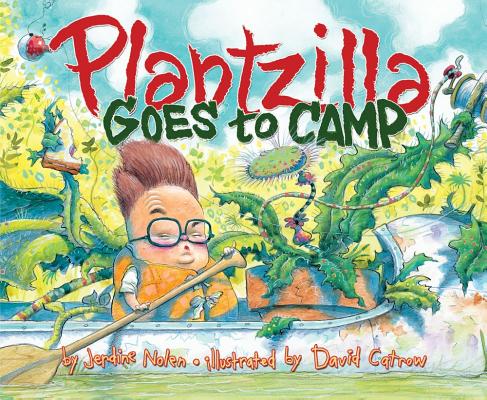 Mortimer Henryson is thrilled when he is finally accepted by Camp Wannaleaveee, his father's childhood sleepaway camp. Until he reads the camp rule: NO PETS OF ANY KIND ARE ALLOWED!

It breaks Mortimer's heart to leave his beloved Plantzilla behind. And then at camp, Mortimer discovers that the horrible, much-feared bully Bulford Whipland is his roommate. Does Plantzilla have a plan to watch over his friend and save the day?

Friendship and true devotion conquer all in this charmingly madcap picture book by best-loved team of Jerdine Nolen and David Catrow. Everyone should have a friend like Plantzilla --why not adopt a plant of your own?

David Catrow is the illustrator of numerous notable books for children, including the other Silly Dilly books, as well as Kathryn Lasky's She's Wearing a Dead Bird on Her Head!, which was named a New York Times Best Illustrated Book of the Year. Mr. Catrow is also a nationally syndicated editorial cartoonist whose work appears in the New York Times, the Los Angeles Times, and the Chicago Sun-Times, as well as in nine hundred other newspapers. He lives in Springfield, Ohio.
Loading...
or
Not Currently Available for Direct Purchase