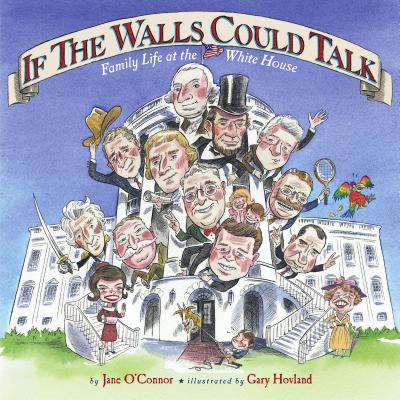 If the Walls Could Talk

Family Life at the White House

In case you've ever wondered, the walls at 1600 Pennsylvania Avenue have eyes and ears -- and, what's more, they don't miss a thing. Now, listen up because the walls have a thing or two to tell you
During President John Tyler's presidency, the White House was such a mess that it was called the "Public Shabby House."
President William Howard Taft was so large that he had to have a jumbo-size bathtub installed -- one big enough for four people.
President Andrew Jackson's "open door" policy at the White House resulted in 20,000 people showing up for his inauguration party. (The new president escaped to the quiet of a nearby hotel )
President Abraham Lincoln didn't mind at all that his younger sons, Tad and Willie, kept pet goats in their White House bedrooms.
Children all across the country sent in their own money to build an indoor swimming pool for wheelchair-bound President Franklin D. Roosevelt so that he could exercise.
President Harry S. Truman knew it was time to renovate the White House after a leg on his daughter's piano broke right through the floor.
Hear these funny, surprising stories and more about the most famous home in America and the extraordinary families who have lived in it.