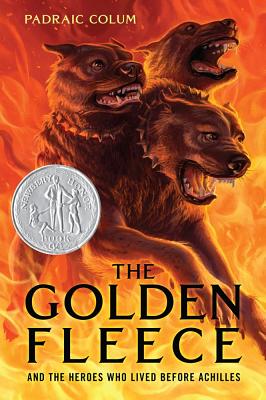 And the Heroes Who Lived Before Achilles

From master storyteller Padriac Colum comes a Newbery Honor–winning collection of epic myths that “is unequaled as an introduction to the classic myths for young readers” (Publishers Weekly).

Enter a world where harpies torment mortals, the Argonaut Orpheus sings, the mighty god Zeus wages war on the Titans, and Prometheus steals fire. Author Padraic Colum weaves the tales of Jason and his Argonauts with classic Greek mythology to create this captivating epic about life, war, and astounding beings who lived in a time long past. Poetically written and wonderful for reading aloud, this collection of ancient stories will captivate modern readers.

Praise For The Golden Fleece: And the Heroes Who Lived Before Achilles…

Publishers Weekly Colum's stirring telling of the Greek epics is unequaled as an introduction to the classic myths for young readers.

Padraic Colum (1881–1972) was a poet, a playwright, and a leader of the Irish Renaissance, but he is best known for his works for children, including The Children of Odin and The Golden Fleece (a Newbery Honor Book).

William Andrew (“Willy”) Pogany (August 1882–July 30, 1955) was a prolific Hungarian illustrator of children’s and other books.
Loading...
or support indie stores by buying on