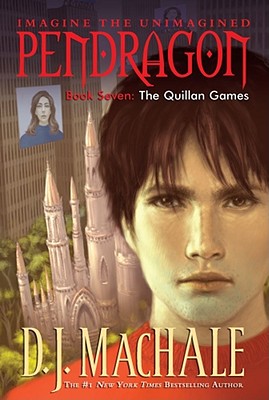 Let the Games Begin....
Quillan is a territory on the verge of destruction. The people have lost control of their own future and must struggle simply to survive. The only chance they have of finding a better life is by playing the Quillan Games. Hosted by a strange pair of game masters, Veego and LaBerge, the games are a mix of sport and combat. They use the people of Quillan as pawns for their amusement as they force them to enter competitions that range from physical battles, to impossible obstacle courses, to computer-driven tests of agility. To triumph in the games is to live the life of a king. To lose is to die.

This is the dangerous and deadly situation Bobby Pendragon finds on Quillan. He quickly realizes that the only way to save this troubled territory is to beat Veego and LaBerge at their own games and dismantle their horrible fun house. But there is more at stake for Bobby. The prize for winning the Quillan Games may be discovering the truth of what it really means a Traveler.