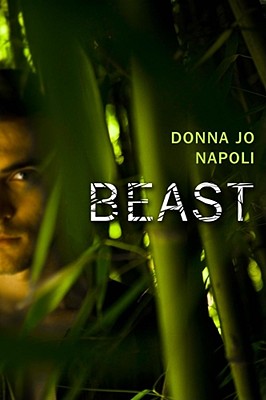 Meet the Beast -- before there was Beauty
Orasmyn is the prince of Persia and heir to the throne. His religion fills his heart and his mind, and he strives for the knowledge and leadership his father demonstrates. But on the day of the Feast of Sacrifices, Orasmyn makes a foolish choice that results in a fairy's wretched punishment: He is turned into a beast, a curse to be undone only by the love of a woman.
Thus begins Orasmyn's journey through the exotic Middle East and sensuous France as he struggles to learn the way of the beast, while also preserving the mind of the man. This is the story of his search, not only for a woman courageous enough to love him, but also for his own redemption.

Donna Jo Napoli is the acclaimed and award-winning author of many novels, both fantasies and contemporary stories. She won the Golden Kite Award for Stones in Water in 1997. Her novel Zel was named an American Bookseller Pick of the Lists, a Publishers Weekly Best Book, a Bulletin Blue Ribbon, and a School Library Journal Best Book, and a number of her novels have been selected as ALA Best Books. She is a professor of linguistics at Swarthmore College in Pennsylvania, where she lives with her husband. Visit her at DonnaJoNapoli.com.

Voice of Youth Advocates An engaging novel that takes the familiar story and adds a whole new depth to it....It will be hard to keep Beast on the shelf.
or support indie stores by buying on
Copyright © 2020 American Booksellers Association