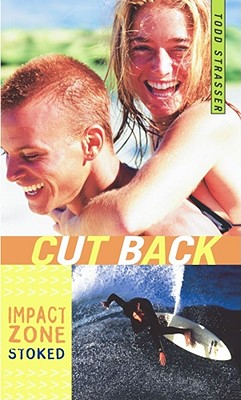 Impact Zone: The most dangerous part of the wave
You gotta beat it...or you'll eat it.
Ever since he went up against the locals and broke into the lineup, Kai has had his own crew. Spazzy is a summer kid with a lot of fancy gear. He looks like a total shubee. But on the board he's good, really good -- despite everything going against him.
The Spazz wants to be in the local competition, but he can't do it without Kai. Kai knows there's no way Spazzy can win against Lucas, the local hero. But Kai would never let a brah down....

Todd Strasser has written many critically acclaimed novels for adults, teenagers, and children, including the award-winning Can’t Get There from Here, Give a Boy a Gun, Boot Camp, If I Grow Up, Famous, and How I Created My Perfect Prom Date, which became the Fox feature film Drive Me Crazy. Todd lives in a suburb of New York and speaks frequently at schools. Visit him at ToddStrasser.com.
or
Not Currently Available for Direct Purchase
Copyright © 2020 American Booksellers Association