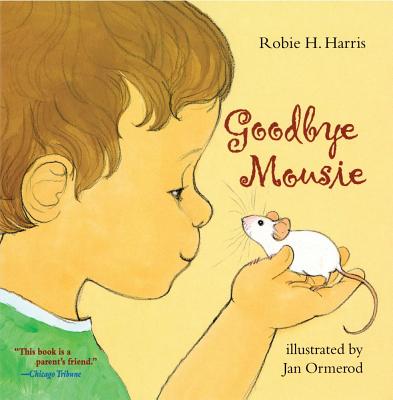 One morning a boy finds that his pet, Mousie, won't wake up. The truth is Mousie has died. At first the boy doesn't believe it. He gets very mad at Mousie for dying, and then he feels very sad. But talking about Mousie, burying Mousie in a special box, and saying good-bye helps this boy begin to feel better about the loss of his beloved pet.

Kirkus Reviews Not since The Truth About Barney has there been such an affecting and satisfying story about the death of a pet.

Jan Ormerod (1946–2013) was an award-winning author who grew up in Western Australia. As a child Jan drew constantly, and she eventually went on to attend art school and study drawing, painting, and sculpture. During her career Jan published more than fifty books, including Sunshine, Lizzie Nonsense, Water Witcher, and Maudie and Bear. Her work, which resonated with young children and adults alike, won many prestigious awards and received much acclaim.
Loading...
or support indie stores by buying on