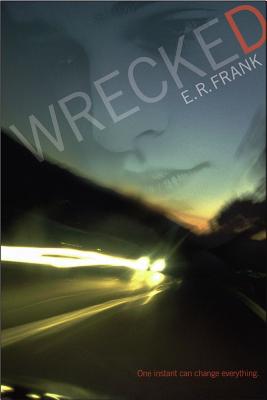 A tragic car wreck leads to PTSD and therapeutic salvation in this novel from the author of America, which Kirkus Reviews deemed “a work of sublime humanity.”

Anna is involved in a horrific accident one night that leaves her brother’s beautiful and popular girlfriend dead. Suffering from post-traumatic stress disorder, she begins an unusual method of therapy called EMDR (Eye Movement Desensitization and Reprocessing). Through her therapy, dreams, memories, and experiences, we begin to see, along with Anna, the full picture of her controlling father, her lost relationship with her brother, and her overwhelming guilt about the wreck.

With a deep understanding of the minds of teenagers, and a deft hand in translating that to the page, E.R. Frank presents a story with real and challenging characters, beautifully told and filled with haunting images.