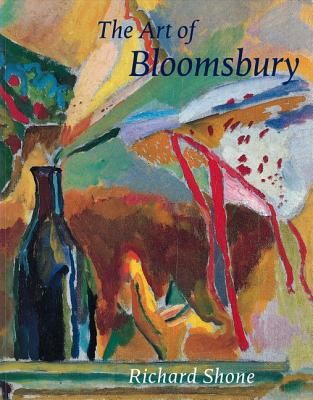 The Art of Bloomsbury

The word Bloomsbury most often summons the novels of Virginia Woolf and E. M. Forster or images of artists and intellectuals debating the hot parlor topics of 1910s and 1920s London: literary aesthetics, agnosticism, defining truth and goodness, and the ideas of Bertrand Russell, A. N. Whitehead, and G. E. Moore. But the Bloomsbury Group also played a prominent role in the development of modernist painting in Britain. The work of artists Vanessa Bell, Duncan Grant, Roger Fry, and their colleagues was often audacious and experimental, and proved to be one of the key influences on twentieth-century British art and design.

This catalogue, published to accompany a major international exhibition of the Bloomsbury painters originating at the Tate Gallery in London and traveling to the Yale Center for British Art and the Huntington Art Gallery, provides a new look at the visual side of a movement that is more generally known for its literary production. It traces the artists' development over several decades and assesses their contribution to modernism. Catalogue entries on two hundred works, all illustrated in color, bring out the chief characteristics of Bloomsbury painting--domestic, contemplative, sensuous, and essentially pacific. These are seen in landscapes, portraits, and still lifes set in London, Sussex, and the South of France, as well as in the abstract painting and applied art that placed these artists at the forefront of the avant-garde before the First World War. Portraits of family and friends--from Virginia Woolf and Maynard Keynes to Aldous Huxley and Edith Sitwell--highlight the cultural and social setting of the group. Essays by leading scholars provide further insights into the works and the changing critical reaction to them, exploring friendships and relationships both within and outside of Bloomsbury, as well as the movement's wider social, economic, and political background.

With beautiful illustrations and a highly accessible text, this catalogue represents a unique look at this fascinating artistic enclave. In addition to the editor, the contributors are James Beechey and Richard Morphet.

Richard Shone is an Associate Editor of The Burlington Magazine, and a well-known writer on nineteenth- and twentieth-century art. His books include Bloomsbury Portraits, Alfred Sisley, and Walter Sickert. He has also written extensively on contemporary British artists such as Fiona Rae, Rachel Whiteread, and Damien Hirst
Loading...
or
Not Currently Available for Direct Purchase