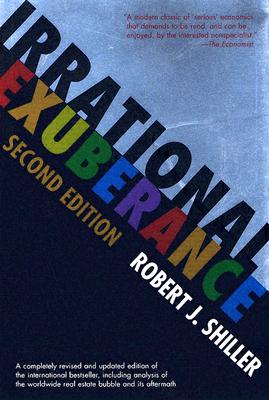 This first edition of this book was a broad study, drawing on a wide range of published research and historical evidence, of the enormous stock market boom that started around 1982 and picked up incredible speed after 1995. Although it took as its specific starting point this ongoing boom, it placed it in the context of stock market booms generally, and it also made concrete suggestions regarding policy changes that should be initiated in response to this and other such booms. The book argued that the boom represents a speculative bubble, not grounded in sensible economic fundamentals. Part one of the book considered structural factors behind the boom. A list of twelve precipitating factors that appear to be its ultimate causes was given. Amplification mechanisms, naturally-occurring Ponzi processes, that enlarge the effects of these precipitating factors, were described. Part Two discussed cultural factors, the effects of the news media, and of new era economic thinking. Part Three discussed psychological factors, psychological anchors for the market and herd behavior. Part Four discussed attempts to rationalize exuberance: efficient markets theory and theories that investors are learning. Part Five presented policy options and actions that should be taken.

The second edition, 2005, added an analysis of the real estate bubble as similar to the stock market bubble that preceded it, and warned that Significant further rises in these markets could lead, eventually, to even more significant declines. The bad outcome could be that eventual declines would result in a substantial increase in the rate of personal bankruptcies, which could lead to a secondary string of bankruptcies of financial institutions as well. Another long-run consequence could be a decline in consumer and business confidence, and another, possibly worldwide, recession. Thus, the second edition of this book was among the first to warn of the global financial crisis that began with the subprime mortgage debacle in 2007.

Robert J. Shiller is the Stanley B. Resor Professor of Economics at Yale University. He is author of The New Financial Order: Risk in the 21st Century (Princeton) and Market Volatility and Macro Markets, which won the 1996 Paul A. Samuelson Award.
Loading...
or
Not Currently Available for Direct Purchase