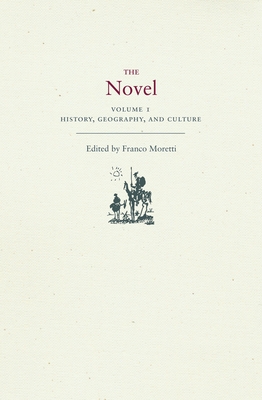 Nearly as global in its ambition and sweep as its subject, Franco Moretti's The Novel is a watershed event in the understanding of the first truly planetary literary form. A translated selection from the epic five-volume Italian Il Romanzo (2001-2003), The Novel's two volumes are a unified multiauthored reference work, containing more than one hundred specially commissioned essays by leading contemporary critics from around the world. Providing the first international comparative reassessment of the novel, these essential volumes reveal the form in unprecedented depth and breadth--as a great cultural, social, and human phenomenon that stretches from the ancient Greeks to today, where modernity itself is unimaginable without the genre.

By viewing the novel as much more than an aesthetic form, this landmark collection demonstrates how the genre has transformed human emotions and behavior, and the very perception of reality. Historical, statistical, and formal analyses show the novel as a complex literary system, in which new forms proliferate in every period and place. Volume 1: History, Geography, and Culture, looks at the novel mostly from the outside, treating the transition from oral to written storytelling and the rise of narrative and fictionality, and covering the ancient Greek novel, the novel in premodern China, the early Spanish novel, and much else, including readings of novels from around the world. These books will be essential reading for all students and scholars of literature.

Franco Moretti is Professor of English and Comparative Literature at Stanford University, where he founded the Center for the Study of the Novel. He is the author of Signs Taken for Wonders, The Way of the World, Modern Epic, Atlas of the European Novel 1800-1900, and Graphs, Maps, Trees
Loading...
or support indie stores by buying on