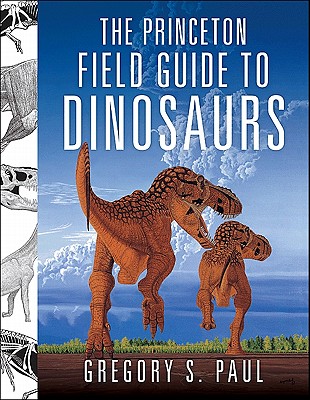 This lavishly illustrated volume is the first authoritative dinosaur book in the style of a field guide. World-renowned dinosaur illustrator and researcher Gregory Paul provides comprehensive visual and textual coverage of the great Mesozoic animals that gave rise to the living dinosaurs, the birds. Incorporating the new discoveries and research that are radically transforming what we know about dinosaurs, this book is distinguished both by its scientific accuracy and the quality and quantity of its illustrations. It presents thorough descriptions of more than 735 dinosaur species and features more than 600 color and black-and-white images, including unique skeletal drawings, "life" studies, and scenic views--illustrations that depict the full range of dinosaurs, from small, feathered creatures to whale-sized supersauropods.

Heavily illustrated species accounts of the major dinosaur groups are preceded by an extensive introduction that covers dinosaur history and biology, the extinction of nonavian dinosaurs, the origin of birds, and the history of dinosaur paleontology--and that also gives a taste of what it might be like to travel back to the time of the dinosaurs.

The Princeton Field Guide to Dinosaurs is a must-have for anyone who loves dinosaurs, from the amateur enthusiast to the professional paleontologist.

Gregory S. Paul is a leading dinosaur illustrator and researcher who helped establish the "new look" of the Mesozoic creatures seen in contemporary documentaries and movies, including Jurassic Park, for which he served as a consultant. His books include Predatory Dinosaurs of the World (Simon & Schuster), The Scientific American Book of Dinosaurs (St. Martin's), and Dinosaurs of the Air. His work has also appeared in Scientific American, Nature, the New York Times, and many other publications.
or
Not Currently Available for Direct Purchase
Copyright © 2020 American Booksellers Association