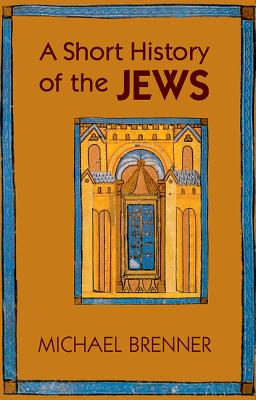 A Short History of the Jews

This is a sweeping and powerful narrative history of the Jewish people from biblical times to today. Based on the latest scholarship and richly illustrated, it is the most authoritative and accessible chronicle of the Jewish experience available. Michael Brenner tells a dramatic story of change and migration deeply rooted in tradition, taking readers from the mythic wanderings of Moses to the unspeakable atrocities of the Holocaust; from the Babylonian exile to the founding of the modern state of Israel; and from the Sephardic communities under medieval Islam to the shtetls of eastern Europe and the Hasidic enclaves of modern-day Brooklyn. The book is full of fascinating personal stories of exodus and return, from that told about Abraham, who brought his newfound faith into Canaan, to that of Holocaust survivor Esther Barkai, who lived on a kibbutz established on a German estate seized from the Nazi Julius Streicher as she awaited resettlement in Israel. Describing the events and people that have shaped Jewish history, and highlighting the important contributions Jews have made to the arts, politics, religion, and science, "A Short History of the Jews" is a compelling blend of storytelling and scholarship that brings the Jewish past marvelously to life.

Michael Brenner is professor of Jewish history and culture at the University of Munich. His books include Zionism: A Brief History and After the Holocaust: Rebuilding Jewish Lives in Postwar Germany (Princeton).
Loading...
or
Not Currently Available for Direct Purchase