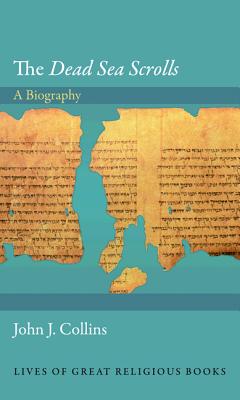 Since they were first discovered in the caves at Qumran in 1947, the Dead Sea Scrolls have aroused more fascination--and more controversy--than perhaps any other archaeological find. They appear to have been hidden in the Judean desert by the Essenes, a Jewish sect that existed around the time of Jesus, and they continue to inspire veneration and conspiracy theories to this day. John Collins tells the story of the bitter conflicts that have swirled around the scrolls since their startling discovery, and sheds light on their true significance for Jewish and Christian history. Collins vividly recounts how a Bedouin shepherd went searching for a lost goat and found the scrolls instead. He offers insight into debates over whether the Essenes were an authentic Jewish sect and explains why such questions are critical to our understanding of ancient Judaism and to Jewish identity. Collins explores whether the scrolls were indeed the property of an isolated, quasi-monastic community living at Qumran, or whether they more broadly reflect the Judaism of their time. And he unravels the impassioned disputes surrounding the scrolls and Christianity. Do they anticipate the early church? Do they undermine the credibility of the Christian faith? Collins also looks at attempts to reclaim the scrolls for Judaism after the full corpus became available in the 1990s, and at how the decades-long delay in publishing the scrolls gave rise to sensational claims and conspiracy theories.

John J. Collins is the Holmes Professor of Old Testament Criticism and Interpretation at Yale University. His many books include Beyond the Qumran Community: The Sectarian Movement of the Dead Sea Scrolls, Introduction to the Hebrew Bible, and The Scepter and the Star: Messianism in Light of the Dead Sea Scrolls.
Loading...
or
Not Currently Available for Direct Purchase