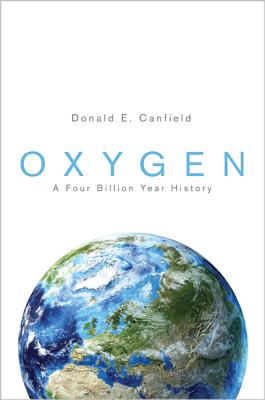 The remarkable scientific story of how Earth became an oxygenated planet

The air we breathe is twenty-one percent oxygen, an amount higher than on any other known world. While we may take our air for granted, Earth was not always an oxygenated planet. How did it become this way? Donald Canfield--one of the world's leading authorities on geochemistry, earth history, and the early oceans--covers this vast history, emphasizing its relationship to the evolution of life and the evolving chemistry of the Earth. Canfield guides readers through the various lines of scientific evidence, considers some of the wrong turns and dead ends along the way, and highlights the scientists and researchers who have made key discoveries in the field. Showing how Earth's atmosphere developed over time, Oxygen takes readers on a remarkable journey through the history of the oxygenation of our planet.

Donald E. Canfield is professor of ecology at the University of Southern Denmark.
Loading...
or
Not Currently Available for Direct Purchase